Toilet paper: the most popular gadget of “Matera è Fiera” 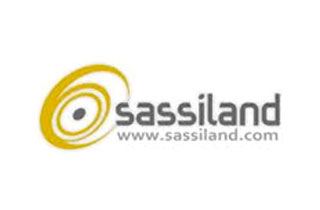 MATERA. It has been the most required and sought of the first edition of “Matera è Fiera”. It isn’t neither a technological gadget nor a cutting-edge gadget, but a toilet paper’s roll. “The tangible answer to your needs” has been the slogan used in the unconventional marketing operation, organised during this trade shoe by Social Market, a platform for e-commerce and other services of the association La Città Essenziale, in partnership with High Paper, company in Miglionico.
The main purpose was to promote the launch of Social Market’s platform through a useful and nice gadget, able to create a funny atmosphere within the trade show, thanks to a product of a local company. In this way High Paper, specialised in the production and transformation tissue hygienical, sanitary and domestic paper, caused a provocation and distributed more than 500 Cador toilet paper’s rolls during 5 days of “Matera è Fiera”.
This operation surely succeeded – says Alessandro Martemucci, inventor of this business venture, which is part of Marketing low cost project – and also aroused curiosity, reaching the aim of the campaign. At the beginning visitors of our stand were a little bit unwilling to take this gadget because it was embarrassing, above all bringing it throughout the event. But even an unusual gift like this, lied to the personal sphere, created confusion among visitors, than transformed into curiosity. In this way, overtook the earlier upset, there was a viral effect with different reactions.
Some people took the roll and than tried to hide it in the shopping bag, someone showed it without problems and someone else, being curious about this “inappropriate” object, tried to find the stand where it was distributed.
There is no doubt, the most interesting thing was the time in the spotlight of toilet paper as unusual promotional object, becoming at the end the most popular gadget of this event.